You are here: Home > Resources > Case studies > How Barnsley Hospital NHS Foundation Trust rolled out its EPMA system in 80 days

Embracing a determined, agile mindset and learning lessons from other sites to digitise paper prescribing at pace and with immediate benefits.

Fully integrated with System C’s electronic patient record, CareFlow EPR, the entire drug chart can be viewed on a single screen, complete with the latest lab results and drug schedules, and patient histories accessible at a keystroke. The electronic information then moves with the patient as they move between departments.

Prior to the pandemic in 2020, Barnsley had secured funding to help them with their EPMA project – but the window of eligibility was shrinking by the day. The Trust had to go live by April 2022 or risk losing that support. This meant that Barnsley had to work at an unprecedented pace to meet its deadline. They were also facing some challenges in terms of team changes, including the CNIO going on maternity leave just before roll-out.

We started looking at EPMA five years ago, but Covid and going in a different direction in terms of the product we wanted to use, resulted in some delays. Once we committed to the CMM solution, we had to get up to speed very quickly. It was crucial that we adopted an agile way of working and thinking.
Richard Billam, Deputy Director, ICT, Barnsley Hospital NHS FT

Detailed preparation was key to the success of the implementation. Of particular value was the fact that two local Trusts were already using CMM, and it was also live in 60 other sites across the UK. This meant that Barnsley could turn to them for guidance. This included the Isle of Wight NHS Trust, which took a similarly big bang approach to implementation, taking their mental health, medical and surgical wards live in a matter of weeks.

Implementing an EPMA in record time

Planning for Barnsley’s EMPA project kicked off in October 2021 and progressed rapidly from there. In November, the digital team identified the Trust’s super users, and enrolled them in ‘train the trainer’ sessions, so they could effectively and confidently support implementation.

December 2021 saw a two-day awareness raising session, so that Trust could see the EPMA with their own eyes and understand its benefits. End user training then started in January, which was available through e-learning, and took place all the way through the ward rollouts. By February, the Trust was ready for onsite support, so the CMM and Barnsley digital teams started floor walking, enabling them to offer immediate help to users, if needed.

March saw the Trust celebrating the successful roll out of electronic prescribing. In the end, they went live with their first ward in just over 70 days.

Throughout every stage of the journey, robust, on-going testing was prioritised. This included plenty of testing in the real word with people on the ground. The digital team would take trolleys on to the wards and ask people to do administration on their table charts. They then demonstrated how this could be done electronically on the EPMA, so they could compare the different processes.

The build/test cycle was key and continued all the way through. We did this on a very iterative cycle. New functionality was coming, interfaces were being built and we just went through that build/test process all the time. It really helped increase our product knowledge.
Richard Billam, Deputy Director, ICT, Barnsley Hospital NHS FT

There was a short two-ward pilot (two weeks) and then a compressed roll out across 20 wards (four weeks). For the pilot, Barnsley selected two wards, on the same landing (the building is organised so there is typically a landing with a ward either side).

The pilot highlighted things that could be improved for the roll-out and provided an insight into how people used the system in the real world. For example, it revealed that there were different working practices across the two wards in the pilot. This meant that the team were able to adapt their training materials and use that learning when informing other wards.

When it came to the full roll-out, Barnsley was acutely aware that the EPMA had to be live by the end of March, so larger wards were targeted to go live first. This ensured that the required 80% target would be hit, even if there were issues – for example, if the roll-out was slower than expected. Three wards were planned to go live per week until the end of March.

The digital team visited each ward multiple times before go-live, to introduce themselves and provide an overview of what was going to be happening. This was also an opportunity to check that all of the IT equipment was in place and running properly.

We would arrive for the handover in the morning at 7:00 so everybody knew that we were there and where we were going to be based. But also, so that we could identify patients that were high risk - so any patients that were on critical medications didn’t have their drug cards taken away for a long period of time. Also, any patients that were potentially being discharged so we didn’t transcribe them.
Bethany Pearson, Clinical Digital Lead, Barnsley Hospital NHS FT.

The importance of resources and support

During the wider roll-out, support and resources for staff were a vital part of its success. As well as tapping into Barnsley’s clinical systems, EPMA pharmacy team, and the digital nursing team, they also worked closely with local universities.

Prior to going live, medical and nursing students from the University of Sheffield and Sheffield Hallam University were invited to join the deployment team for two days a week to offer support and floor walk during the implementation.

The digital team also asked for support from departments across the hospital for help with transcriptions, an enormous piece of work that needed as many hands as possible on deck. Transcribers didn’t necessarily need to be prescribers, just individuals with medical knowledge or clinical experience. This resulted in valuable on-going support from medics and pharmacists, including those from Barnsley’s Acute Response Team and the Patient Safety Team.

It can be tricky to communicate change across an entire Trust. There are no all-encompassing tools that will ensure that every member of staff is aware and on board with the digital transformation. So, Barnsley decided to adopt a proactive engagement approach instead.

Among other things, the digital team attended senior nursing forums, and all governance meetings. They also organised one to one meetings with every lead nurse in the hospital and asked them to identify staff that they felt were either going to be an ally and could provide training and support to others - or the ones that might need extra support themselves.

We provided a £50 incentive on PageTiger for everybody that attended the training. That was mainly because we knew that they were not going to be able to do it whilst they were on shift so were going to be doing it in their own time. The majority of nursing staff did do it as a result.
Bethany Pearson, Clinical Digital Lead, Barnsley Hospital NHS FT.

There were no significant issues with the full EPMA roll-out at Barnsley, but the journey did provide some valuable lessons that they are now able to share with other Trusts.

“When we talked to staff, we talked about the reasons we were doing it. Not about the financial savings or anything to do with the back end. We focused on what matters to them – their patients. We all know that EPMA systems are safer than paper ones. We emphasised that they wouldn’t need to chase paper charts around anymore. They’d be able to access it anytime and from anywhere. Multiple people could access that record at the same time.” Richard Billam, deputy director ICT, Barnsley Hospital NHS FT

Barnsley is certainly not resting on its laurels. Come early 2023, the Trust will be ready to go live with complex infusions, O2 prescribing and blood products. Early next year will also see the team introducing outpatient prescribing. The aim is to run a pilot for this before the end of 2022. Once those elements are up and running, they will be working on EPMA for paediatrics and maternity.

If I had to single out one piece of advice for anyone following in our footsteps, I would say focus on your deliverables. We knew that we were going to be live by the end of March, across all in-patient areas, so every decision looped back to that one shining objective. Would an enhancement or other change help us achieve that goal? If not, then we would come back to it at a later date. We were laser focused and it paid off.
Richard Billam, Deputy Director ICT, Barnsley Hospital NHS FT 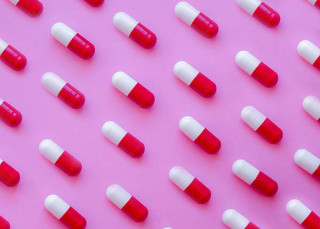 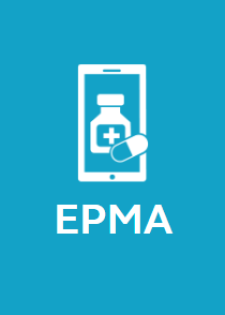 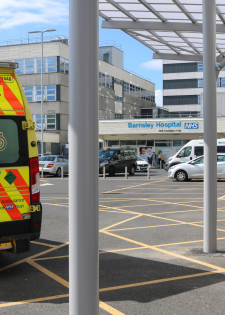 Image of front of Barnsley Hospital