A landmark three-year research study at Portsmouth Hospitals NHS Trust has for the first time established the feasibility and effectiveness of universal screening for alcohol misuse to identify at risk patients.

The study findings1, published in the Journal of Hepatology2, showed that System C’s CareFlow Vitals (formerly Vitalpac) software enabled the identification of large numbers of patients with high levels of alcohol consumption. These patients could then be selectively targeted with interventions for alcohol misuse.

The Trust has used the research findings to detect alcohol misuse early, offer appropriate interventions and therapies to individuals to reduce adverse outcomes and lessen the strain on the health service generated by alcohol misuse and related illnesses.

The feasibility of universal screening has previously been questioned and several prior studies have shown that only a minority of hospital inpatients are screened for evidence of alcohol misuse and too few patients are referred for treatment of alcohol dependency.

Alcohol-related illness and deaths are expected to cost the NHS an estimated £17bn between 2017 and 2022, according to new research from the University of Sheffield Research Group3. Deaths from alcoholic liver cirrhosis have increased in England and Wales (unlike the rest of Europe).  Alcohol misuse is one of the three leading causes of preventable death from non-communicable diseases worldwide.

Many people who die from alcoholic liver disease have a history of alcohol misuse and recurrent hospital admissions, each representing a potential missed opportunity for effective intervention.

Investigators systematically screened all 50,000-plus admissions to Portsmouth Hospital’s Acute Medical Unit between July 2011 and March 2014, using CareFlow Vitals mobile electronic data capture system in real time. They linked the data with information collected elsewhere about admissions diagnoses, previous attendances, previous admissions, length of stay and mortality to gain a fuller picture of the behaviour of the patients involved.

During the collection of vital signs on admission, the modified electronic version of the Paddington Alcohol Test (mePAT) prompted the admitting nurse to record the types of alcohol consumed, frequency, and maximum daily amount, whether the admission was considered alcohol-related and to document any signs of alcohol withdrawal.  The system then advised the nurse on what actions to take, as well as automatically notifying the hospital’s alcohol specialist nurse service so that they could follow-up higher risk patients.

The research found that universal screening of admissions for alcohol misuse is feasible and can identify a group of patients with frequent emergency department attendances, recurrent admission and elevated risk of alcohol related liver disease.

A total of 1,396 (72.6%) of the high-risk group were seen by the Alcohol Specialist Nurse Service and 1,135 (81.2%) had an Alcohol Use Disorders Identification Test (AUDIT) score over 20 with 527 (37.8%) recording the maximum value of 40.  Compared to the other groups, high risk patients had a distinct profile of admissions with the most common diagnoses being mental health disorders, gastro-intestinal bleeding, poisoning and liver disease.

Editorial team, Journal of Hepatology4, describing the study carried out by Portsmouth Hospitals:

An acceptable, effective, feasible and sustainable method for screening acute medical admissions for evidence of alcohol use disorders.

The improvements and benefits

The Trust was aware that people who die from alcohol related liver disease have a history of recurrent admissions to hospital.  CareFlow Vitals is now helping ensure that patients presenting with high-risk observations will be detected early and the system will trigger specialist patient pathways that will help to prevent adverse outcomes. For example, the system notifies the alcohol specialist nurse service who will be more familiar with their needs so they can receive effective specialist care quicker.

By classifying patients according to their risk of alcohol harm, we can ensure they receive the appropriate therapies that will potentially reduce the risk of further adverse events in future.

2  The Journal of Hepatology is the official journal of the European Association for the Study of the Liver (EASL). 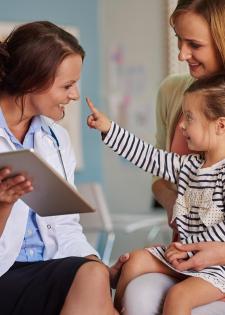