Outbreaks of norovirus at Queen Alexandra Hospital (QAH) have fallen from 20 per year to just five over three years after the introduction of a novel real-time surveillance system. The Portsmouth infection control team worked closely with The Learning Clinic, to use the Vitalpac system to help identify and isolate infected patients before infections could spread and create an outbreak.

An outbreak of norovirus creates huge disruption in hospitals. Managing outbreaks can cost a trust upward of £600,000 per year. Ward closures, cancelled operations, staff sickness and longer hospital stays for those affected are bad for patients and very expensive for trusts. QAH had steadily improved the management of outbreaks of diarrhoea and vomiting between 2007/8 and 2009/10, but the absolute number of outbreaks barely changed and continued to disrupt hospital activity.

Dr Caroline Mitchell a consultant working on the Infection Prevention and Control team at QAH identified that the traditional approach to infection control was a crucial problem: “We were far too reactive. Collecting and analysing data was taking too long. We needed to become quicker and more proactive. If we could find a way to isolate cases quickly, a full-blown, expensive and disruptive outbreak could be preventable.”

In 2009, QAH deployed Vitalpac across the hospital. Using a hand held device to record routine patient observations, nurses also record whether the patient has had any episodes of vomiting and diarrhoea. The Infection Prevention and Control team recognised that accessing this critical information would allow them them to identify any infected patients quickly. QAH worked with the team at Vitalpac to develop Vitalpac IPC Manager. The programme pools both the data gathered on Vitalpac, including patient location, and the live feeds from microbiology lab results to identify potential norovirus index cases. The infection control team then use this information to isolate infected patients, preventing spread to other patients and consequent ward closures. The location data helps the team quickly find the patient, and the clinical data helps the team make an informed decision about the most appropriate action.

Just one outbreak of norovirus in a year

Average no. of beds closed per day:

There is no doubt that the infection prevention service is far more effective than before. Using VitalpacIPC Manager we can assess more patients and the team is considerably more efficient as they are not chasing lab results. We have achieved our ultimate goal as a team - to reduce infection outbreaks. 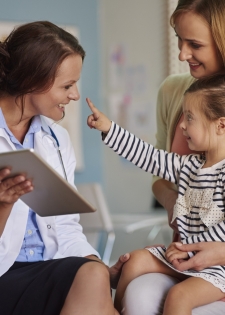