When Debbie Wickens became the lead nurse for tissue viability at Barking, Havering and Redbridge University Hospitals NHS Trust, she had one key priority: to reduce the amount of time her colleagues needed to spend in the office, so increasing the amount of time they could spend on the wards. Doing so meant changing the way in which referrals to the team were handled.

When I joined the trust, every incident report raised about tissue viability acted as a referral to the service. Remembers Ms Wickens. You would get an email, and when you got the email you needed to copy and paste the incident number into the incident system, and in the incident system you could find out the patient's name and hospital. But nothing else.

To find out which ward the patient was on and basic demographic information, the nurse had to copy and paste the hospital number into another system. Only after all that could the referrals be triaged and working days planned. It was a slow and frustrating system.

When I looked at how long it took just to process one email, it was about eight minutes. And your time to see a patient might be between one to three days despite the fact that we called it an urgent referral – just because it took so long to get it onto the system for our nurses to be able to look at and prioritise it. Recalls Ms Wickens, who is now the trust’s lead nurse for harm free care.

It all meant that members of the team were left with little time to actually spend at the bedside: instead their days were dominated by administrative work. And with clinical photography being a separate part of the process as well – you had to a raise a referral to the clinical photography team, they had to see the patient, upload a photograph onto the system, and we didn't get a notification that had happened – nurses often didn’t have the information they needed to make the best triage decisions.

Ms Wickens knew that a new IT system could solve these issues. Following a conversation with the director of nursing, she turned to a clinical communication and coordination platform that had already been used in some other areas of the organisation and which runs on both desktop and mobile devices. Ms Wickens says she could quickly see potential for its use within tissue viability.

She says that introducing System C’s CareFlow Connect into the team has made a tremendous difference. Instead of referrals coming via incident reports, they now come via the platform and through nurses taking a photograph at the bedside via a trust-owned mobile device.

Work allocation is much smoother as well, with the software enabling the creation and distribution of ‘tasks’. We work across two sites. That means I can sit one person down at one site to triage all of the referrals and then they can allocate work across both sites. We can use messaging systems to communicate with each other.

That quick digital communication has made a particular difference during the pandemic, when social distancing has meant some staff have had to work from home. It has also made it much easier for more junior staff to quickly flag issues of concern.

We had a patient with what was reported as moisture damage. But when my band 6 colleague, Aline, went to see the patient, it was clear that it was an absolutely atypical presentation from moisture damage and she was concerned about it.

It transpired the patient in question had a form of necrotising fasciitis, which can be fatal. But the new system meant a more junior member of the team had been able to quickly seek advice from a more senior one, who was working from home.

For Ms Wickens, the use of CareFlow Connect has “transformed” how the team works. For me, the really key thing is that my nurses are now out at the bedside. They're not sitting in front of computers with spreadsheets. Mission accomplished, in other words. 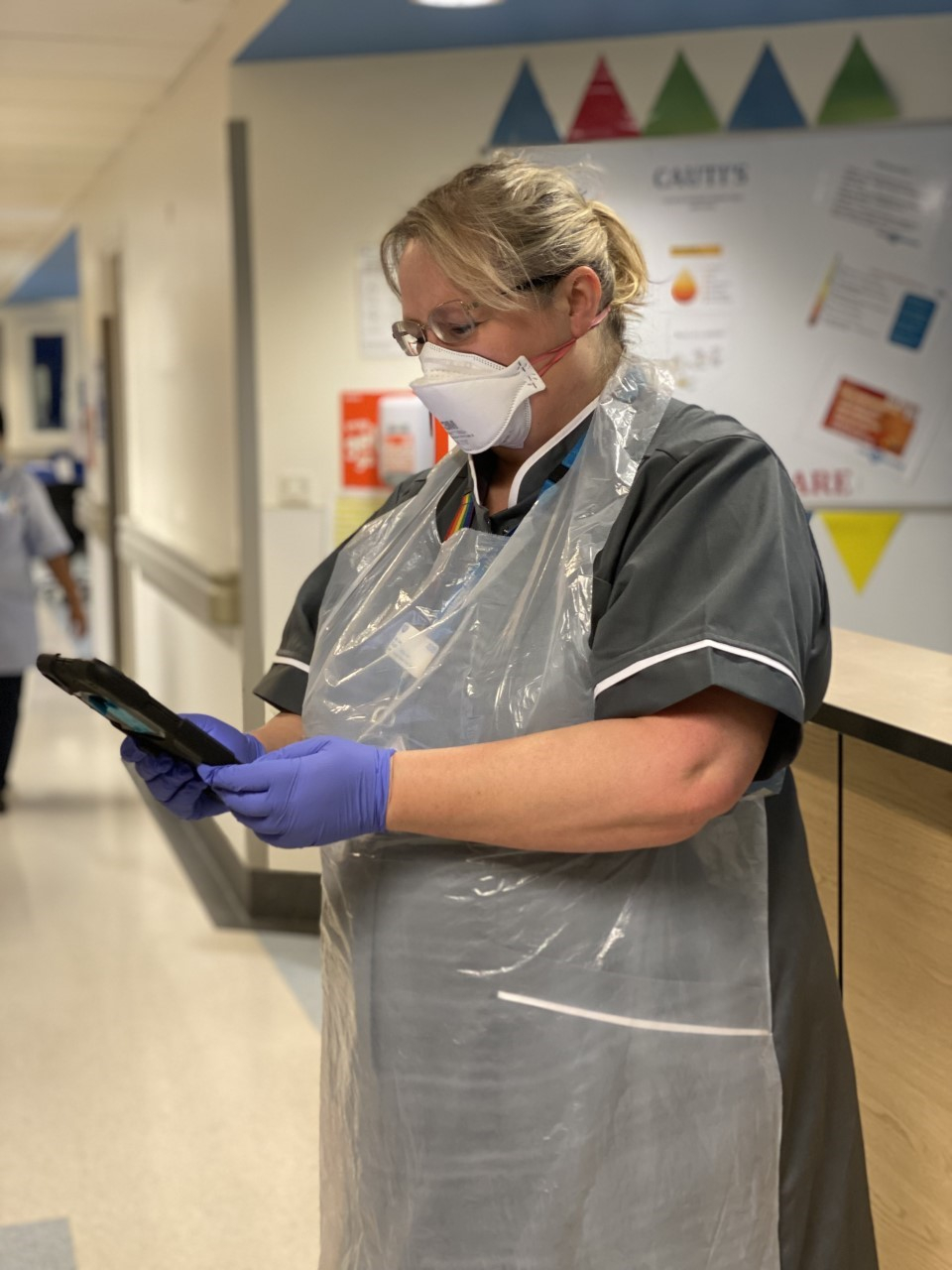